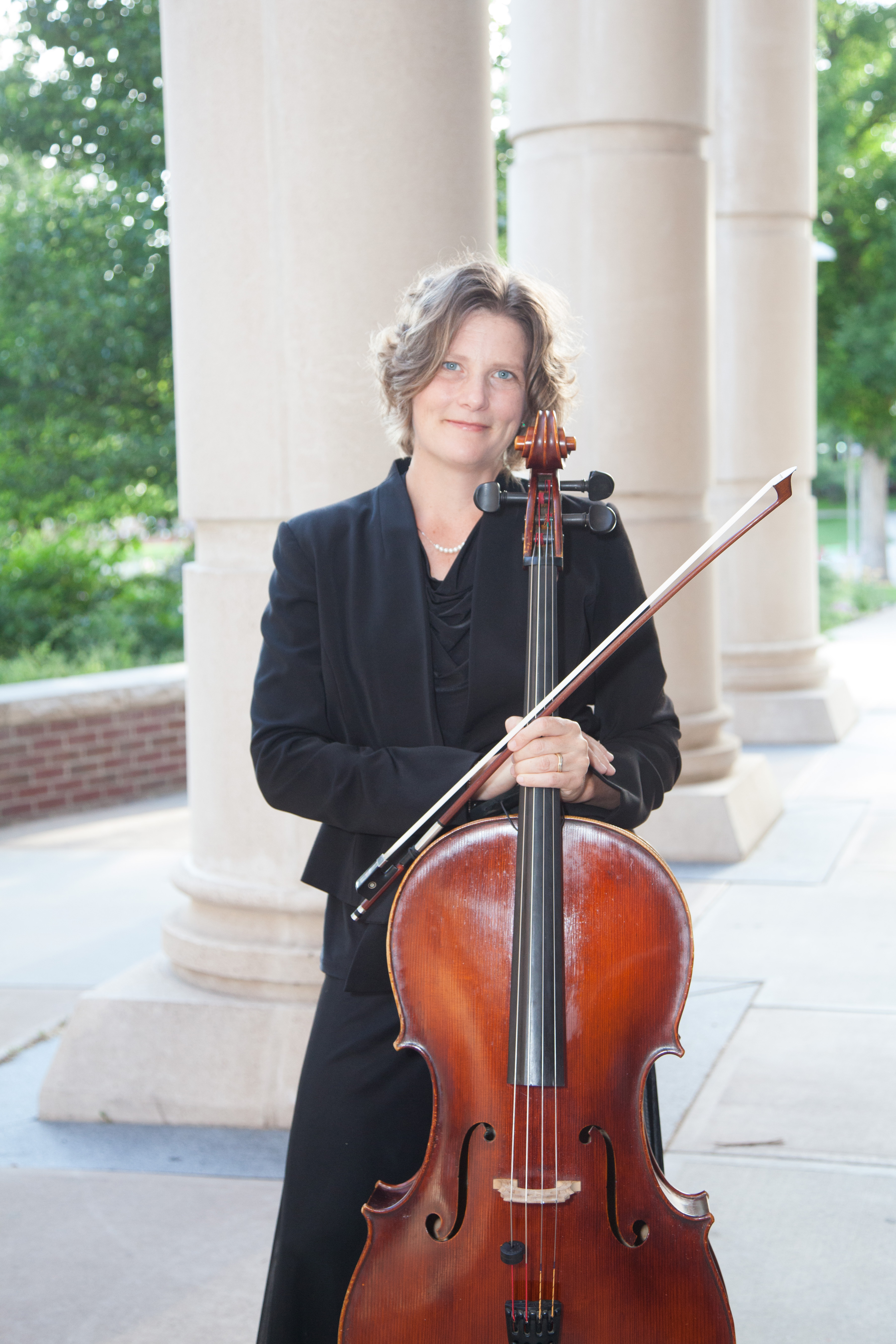 Cellist, Heidi Mausbach, a graduate of the Conservatory of Music at the University of Cincinnati, has enjoyed a fulfilling and diverse orchestral career throughout the US. She has played with the Naples Philharmonic, the Florida Orchestra, and the Minnesota Opera before moving to Fort Collins in 2000. Currently, she is assistant principal of the Fort Collins Symphony and the Cheyenne Symphony. Heidi is a busy freelance musician frequently playing in Denver and surrounding areas with Pro Musica Colorado, the Front Range Chamber Players and other ensembles. She enjoys teaching and offers lessons at her private studio and also at Front Range Community College which will soon offer a continuing ed. Group Cello class for adult beginners. In June, Heidi is busy coaching chamber music at Just Chamber Music, a local summer festival for young aspiring music students. In her free time, you can find Heidi on the Spring Creek Trail or hiking around enjoying Colorado. 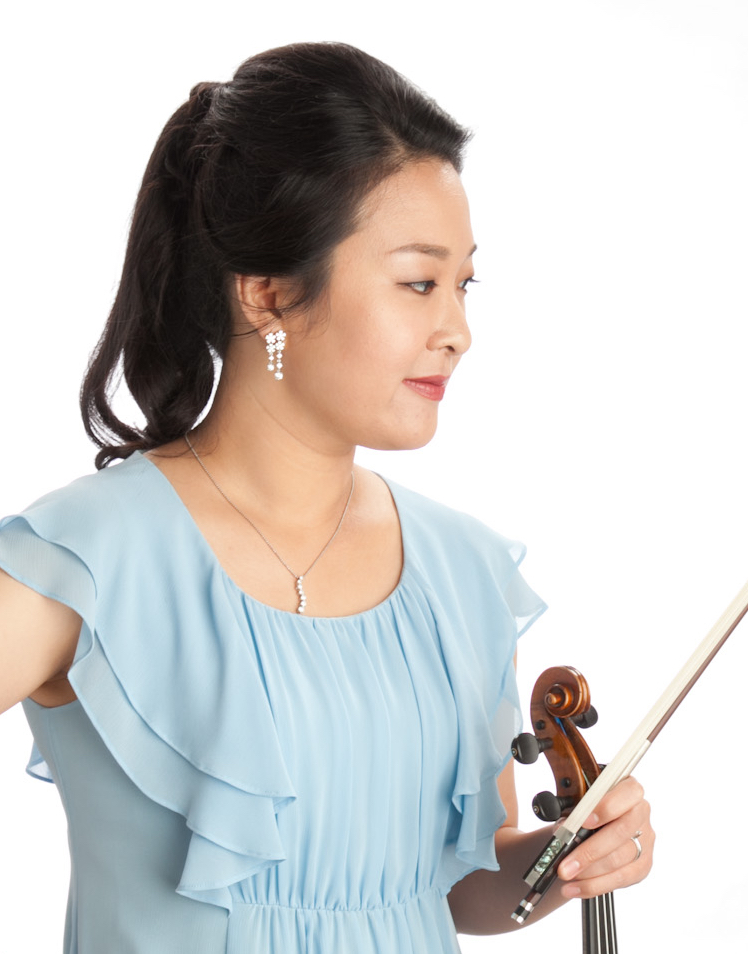 Violinist Susan Paik joined the Colorado Symphony Orchestra in the 2016-2017 season. Prior to moving to Denver, she played with the Milwaukee, Cincinnati, and Indianapolis Symphony Orchestras. Active and experienced as a recitalist, chamber musician, and educator, Susan has performed as soloist with the Juilliard Theater Orchestra and appeared in performances with members of the Chicago Symphony Orchestra, in the Chicago Symphony’s MusicNOW series, and in faculty recitals at Indiana University and Roosevelt University. She has provided guest instruction at Loyola University Chicago and Western Kentucky University, and also held an Associate Instructor position at Indiana University. 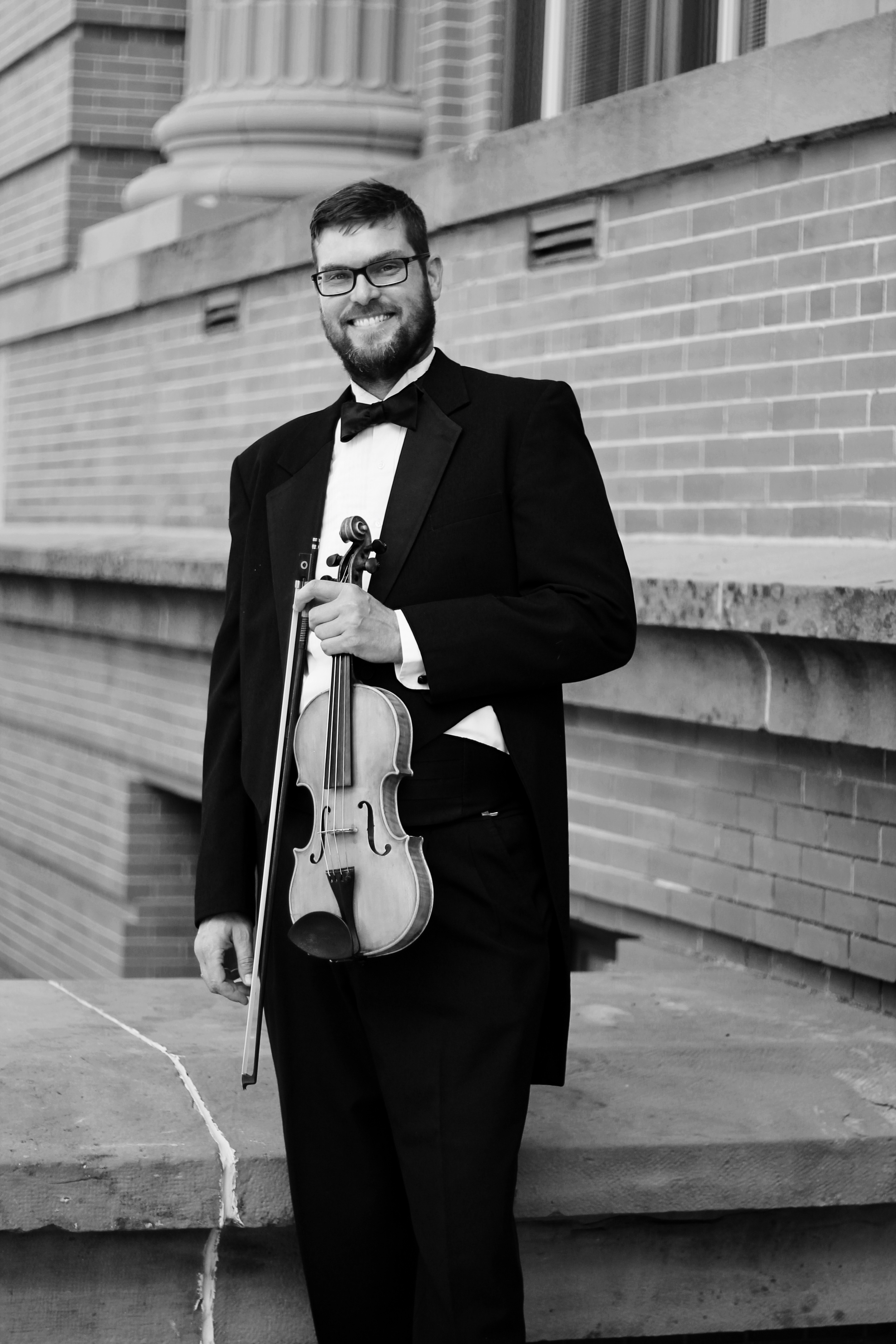 Violinist Jubal Fulks, Associate Professor of Violin at the University of Northern Colorado, is an award-winning and critically acclaimed artist and teacher who performs music from every historical era through today.  As a soloist, he has performed with orchestras across the United States and has been heard on National Public Radio’s “Performance Today.” His orchestral experience includes GRAMMY-nominated performances with Philharmonia Baroque Orchestra in the San Francisco Bay Area and, in New York City, at the Mostly Mozart Festival at Alice Tully Hall, in the Jazz at Lincoln Center series, and the New York String Orchestra at Carnegie Hall. As a recitalist, he has appeared at numerous summer festivals and concert series in the United States and has toured extensively in Europe with orchestras and chamber groups. Dr. Fulks has taught at Luther College, State University of New York-Stony Brook and Michigan Technological University, and he continues to conduct master classes at universities throughout the country. During the summer he teaches and performs in Burlington, Vermont at Green Mountain Chamber Music Festival, and has been on the summer faculties at Kinhaven Music School, Montecito International Music Festival, and at Lutheran Summer Music Festival in Iowa. He has previously held positions at Luther College in Iowa and the University of Alabama, and currently performs in several ensembles with colleagues from various universities and maintains an active recording and national recital schedule. 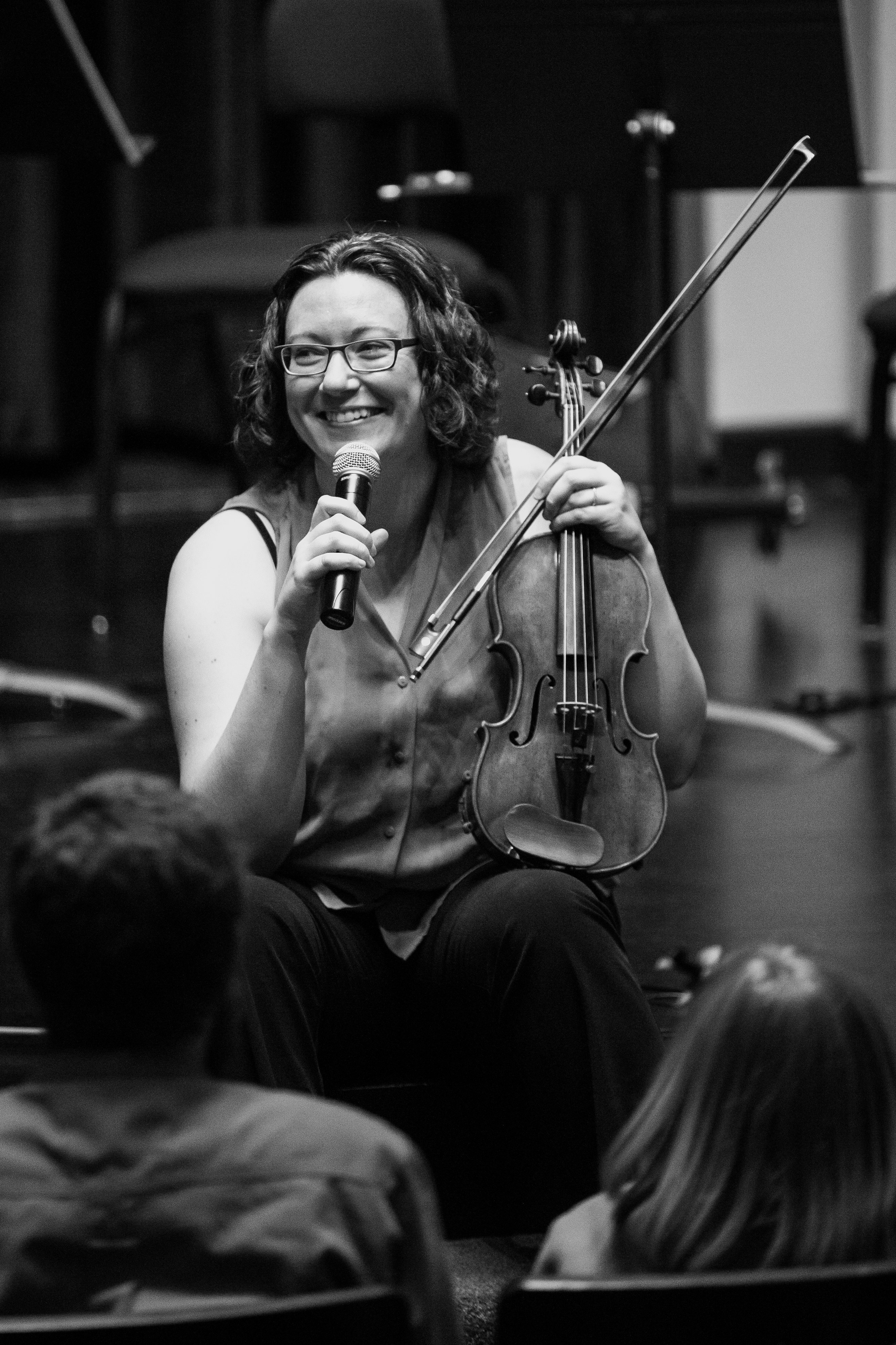 Syracuse native Chris Menter began playing violin at age 8 in her public school’s orchestra program. By high school she was a proud “orch dork” and chose to spend many free periods (and perhaps some math classes) practicing alone on stage in the auditorium. She holds a Bachelor of Music degree from Ithaca College and a Master of Music degree from the University of Colorado-Boulder. Chris is principal second violin of the Fort Collins Symphony and Boulder Chamber Orchestra, and performs with Opera Colorado, Greeley Philharmonic Orchestra, Boulder Philharmonic Orchestra, and Pro Musica Colorado.

Chris has built a multi-faceted career as a musician in Denver. In addition to teaching private violin and viola students, she is personnel manager and librarian for Boulder Chamber Orchestra and Director of Live Music for dj Maestro. Although she has resided in the Denver-Boulder area since 2003, Chris still experiences “wait, I live in Colorado?!” moments thanks to the natural beauty of our state. She enjoys hiking and wishes she could spend more time exploring the mountains. 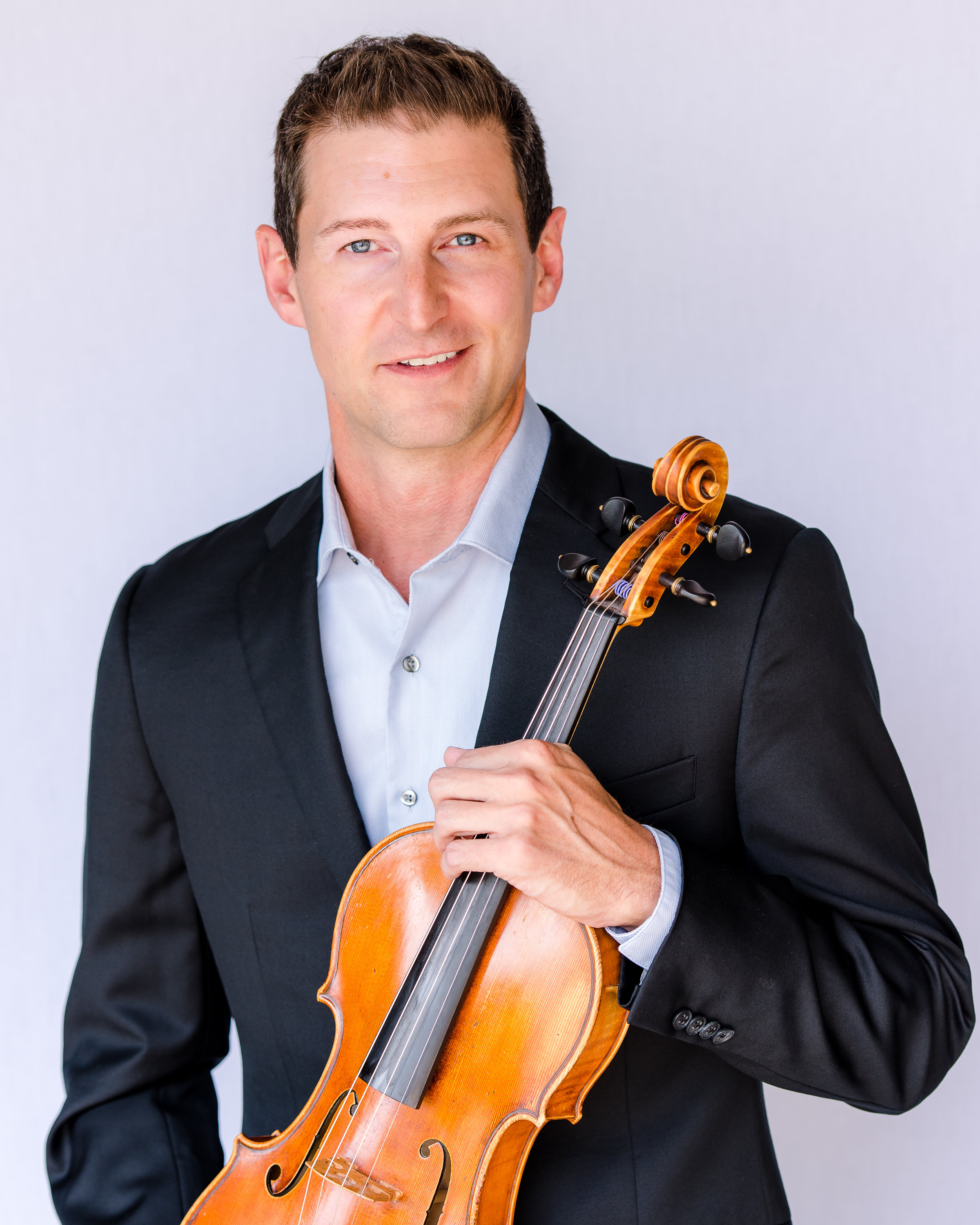 Phillip Stevens, violist, has been a member of the Colorado Symphony Orchestra since 1996 and is currently Affiliate Professor of Viola at Metropolitan State University of Denver.  He has also performed with the Rochester Philharmonic, the Ann Arbor Symphony, and the Grant Park Symphony Orchestra.  Phillip teaches privately, and is active in educating youth through the programs of the Colorado Symphony, Friends of Chamber Music, and Up Close and Musical, where he serves as Personnel Manager.

Phillip began his musical education in his hometown of Kansas City, Missouri.  In 1994, while completing his Bachelor’s degree the University of Michigan studying with Yizhak Schotten, he won first prize in the Viola division of the 1994 National ASTA Music Competition.  He spent many summers attending the Aspen Music Festival, and continued his formal education at Northwestern University, where he received his Master’s degree studying under Peter Slowik.

Chamber music has always been an important part of Phillip’s career, being a founding member of the Sheridan Chamber Players in Chicago, and more recently as a member of the Ivy Street Ensemble in Denver.  In addition to the busy concert schedule, CD recordings, and radio broadcasts, he frequently participates during the summer at the Chintimini Chamber Music Festival in Corvallis, Oregon, and the Off the Hook Arts Summerfest in Ft. Collins, CO, including performances with the Miami String Quartet.

Phillip currently serves as an artistic director of the Chamber Music at the Mansion series at the Highlands Ranch Mansion, and performs regularly at the Lone Tree Arts Center and with the Front Range Chamber Players.  Additionally, he has been featured in recital at the Weill Recital Hall at Carnegie Hall as part of the DCINY Distinguished Concert Artist Series.